There is nothing more refreshing to me in the summer than a big bowl of sliced cucumbers straight from the garden.  My neighbors recently blessed me again with a gigantic bag of cucumbers.  I went to a little cookout at my friend’s house recently and brought this Creamy Cucumber Salad.  It was a huge hit!

Sign up for my free email subscription and never miss a recipe! 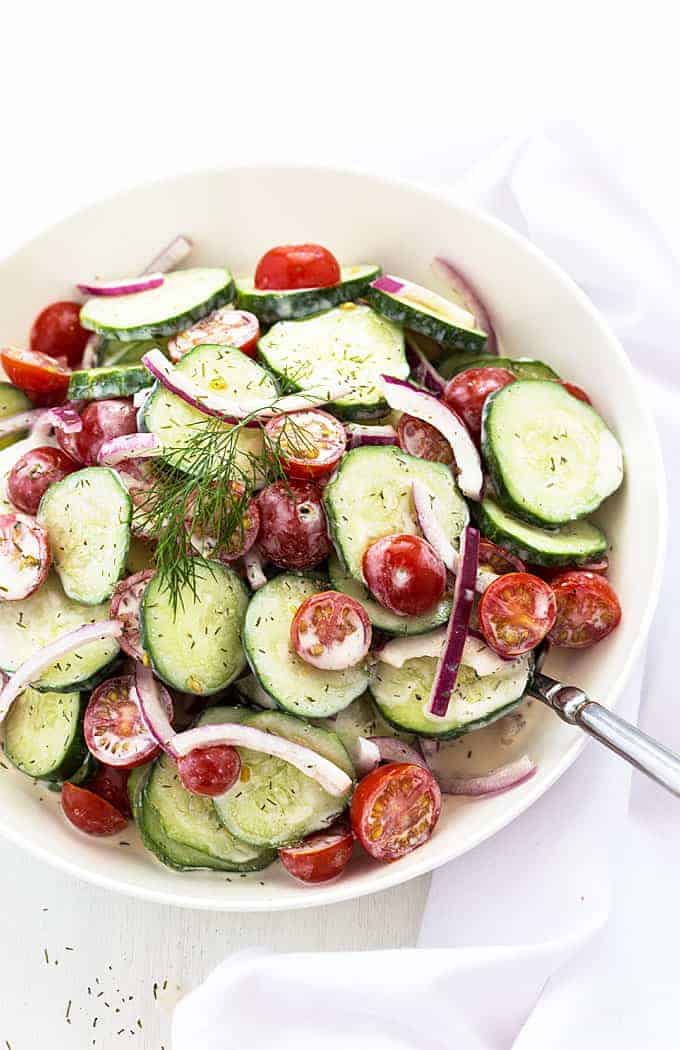 This recipe was originally posted in 2012 and is one of my favorite cucumber salad recipes.  I make it every summer and wanted to remind y’all of just how delicious it is!  Below is my original photograph in 2012. 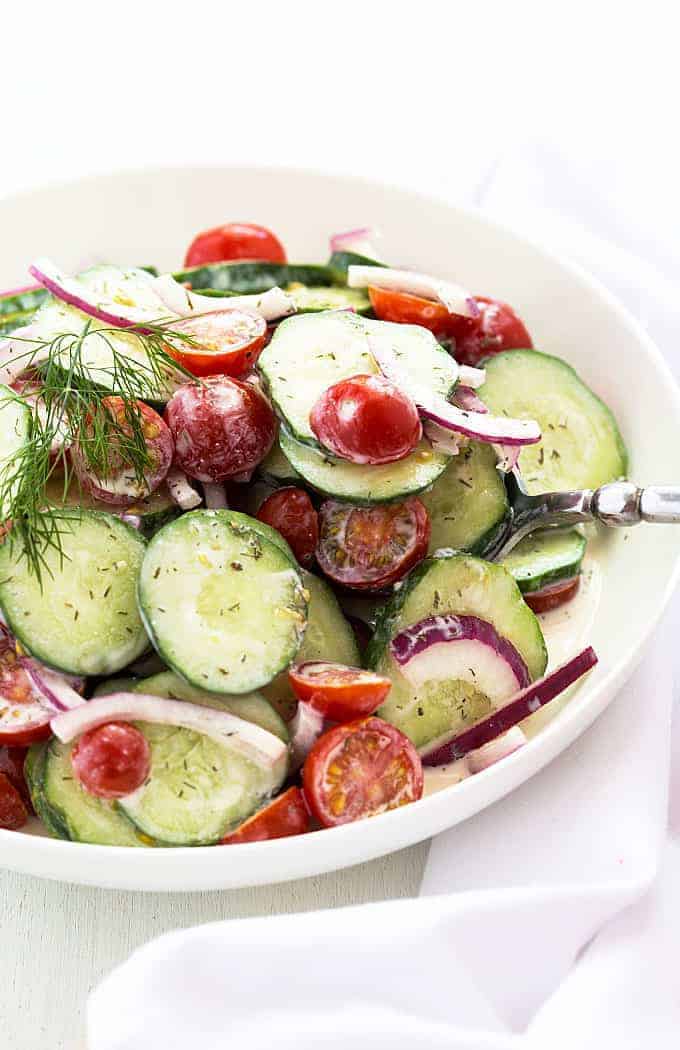 When my mom saw the photo in 2012, she asked if the dressing was a ranch dressing… it is actually a simple sour cream mixture with vinegar, honey, salt, pepper and dill.  It’s a little creamy but not too heavy and sooooo light and refreshing. 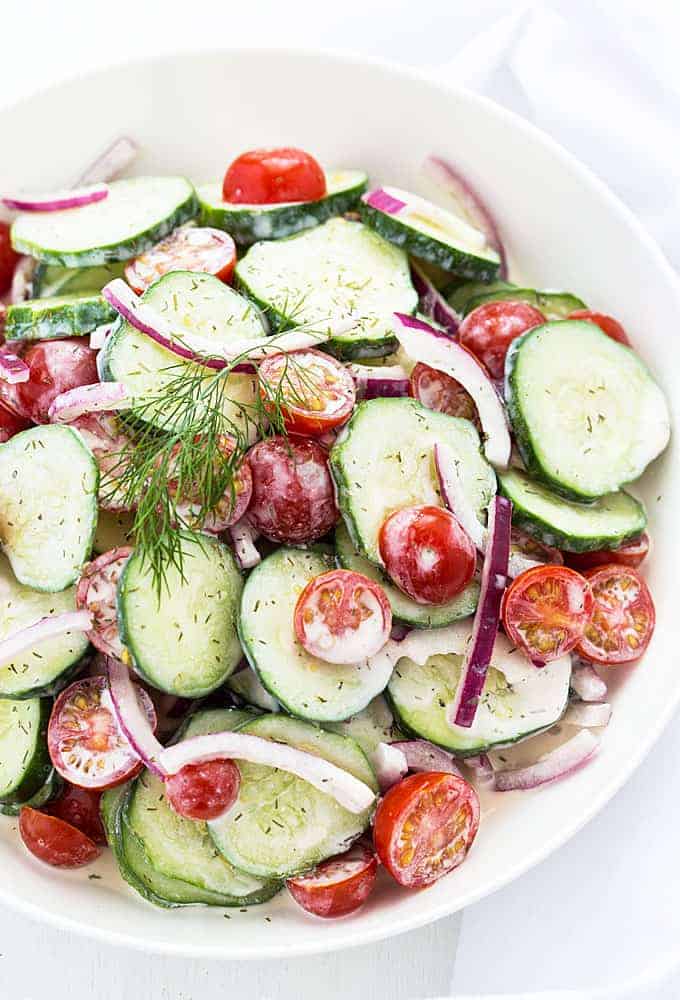 WHAT’S HOT ON THE BLOG