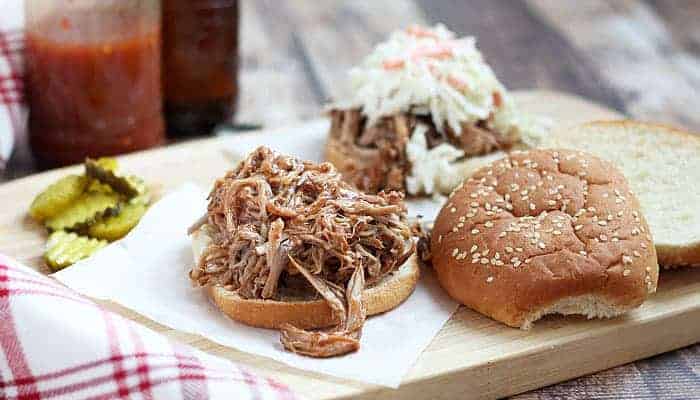 I realize it’s a sweltering hot time of year for many of us, but I couldn’t resist sharing this EASY 3-Ingredient Slow Cooker Pulled Pork recipe!  Because I love barbecue THAT MUCH! 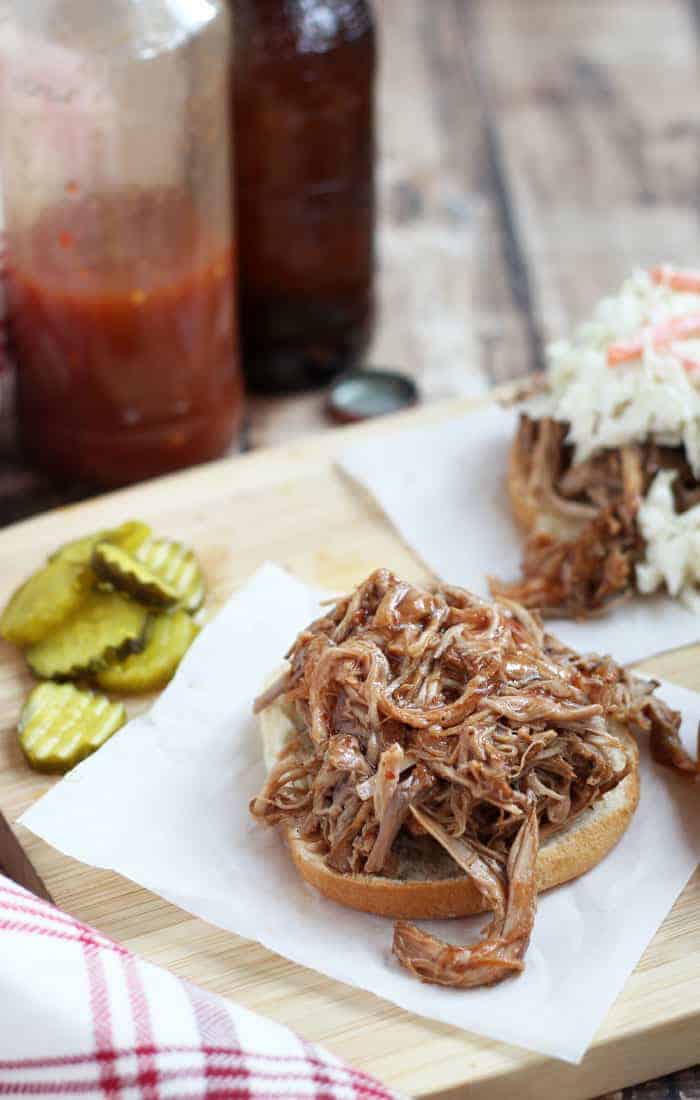 But I don’t love just ANY kind of barbecue.  It has to be the Eastern North Carolina style.  I grew up on it and it’s pretty much the standard for me when it comes to barbecue.

Typical Eastern North Carolina barbecue is pulled, shredded or chopped and is flavored with a vinegar-based sauce with sugar, spices and red pepper. 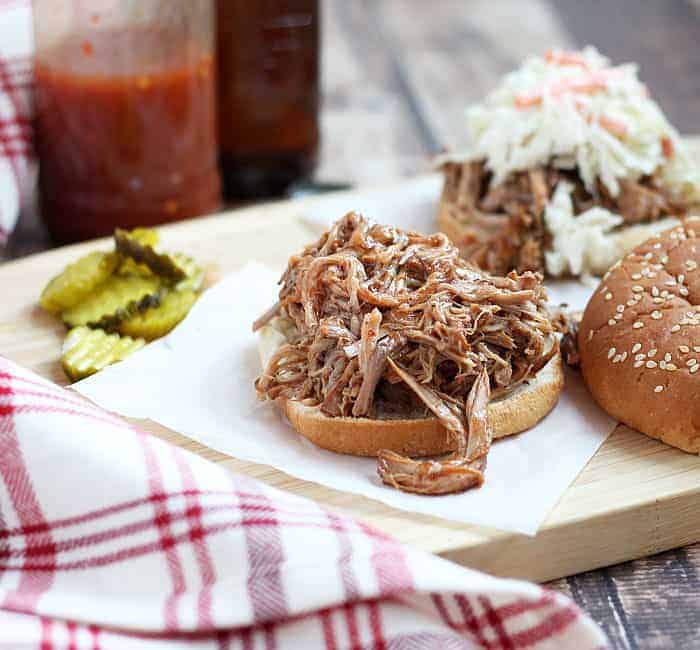 I LOVE it on sandwiches with coleslaw and extra hot sauce on top.

I found out about this EASY recipe one day while on the beach with some friends.  I took a bite out of this sandwich and couldn’t believe how tender the pork was and how much flavor it had!  When they told me they threw a Boston butt pork roast in the crock pot the night before and only used 2 other ingredients, I had to try it for myself (I couldn’t believe it!). 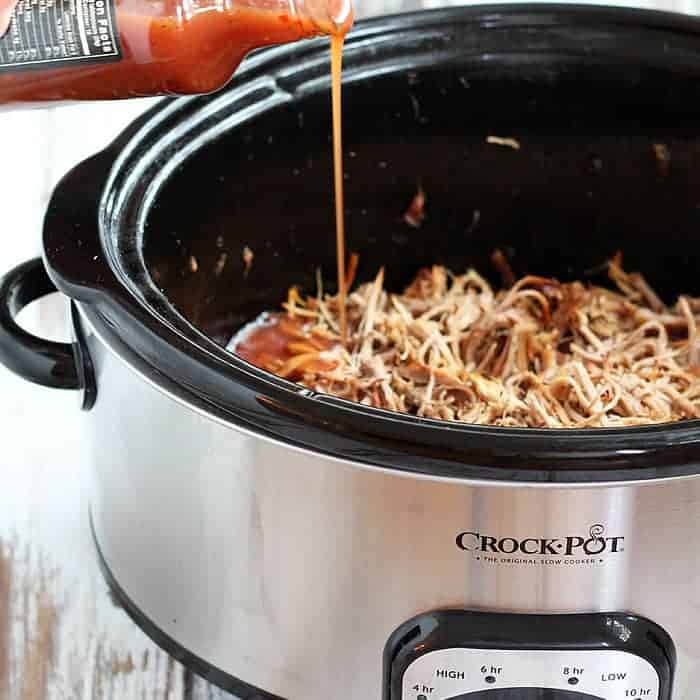 YES, it’s true!  Throw about a four pound Boston butt pork roast in your slow cooker with root beer, cook on low for six hours, drain off liquid and discard any bones, shred pork, return to pot and toss with your favorite vinegar-based sauce (I used Guy Fieri’s Carolina #6) for a PERFECT and easy Eastern NC style barbecue!

Adapted from The Comfort of Cooking