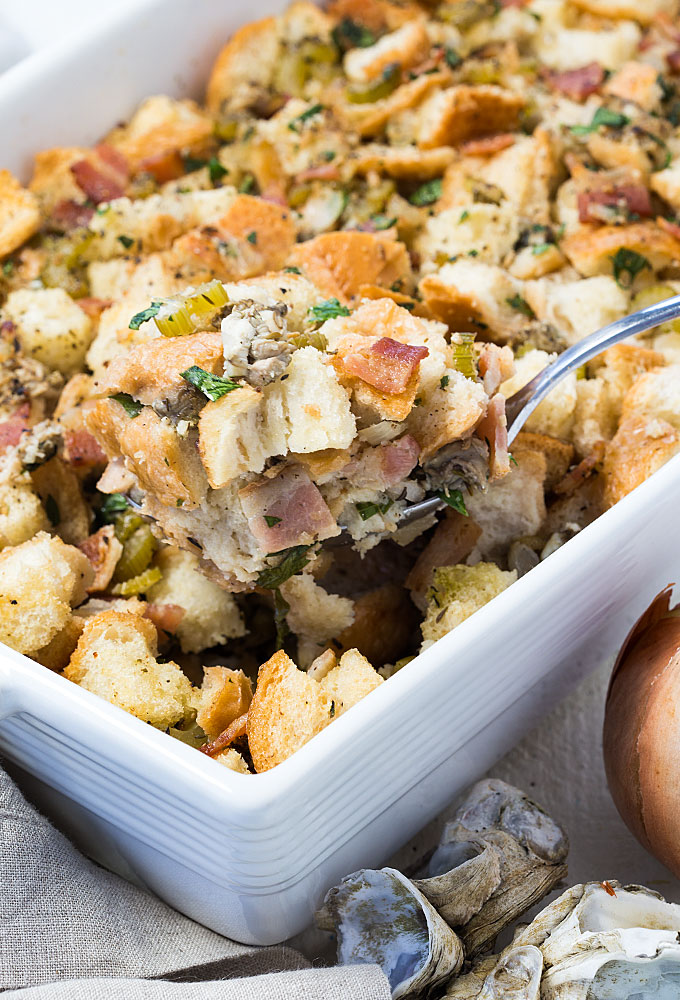 So hearty and full of herbs, veggies, bacon and oysters… if you’re a fan of oysters, you’re going to love love love this Oyster Stuffing Recipe! 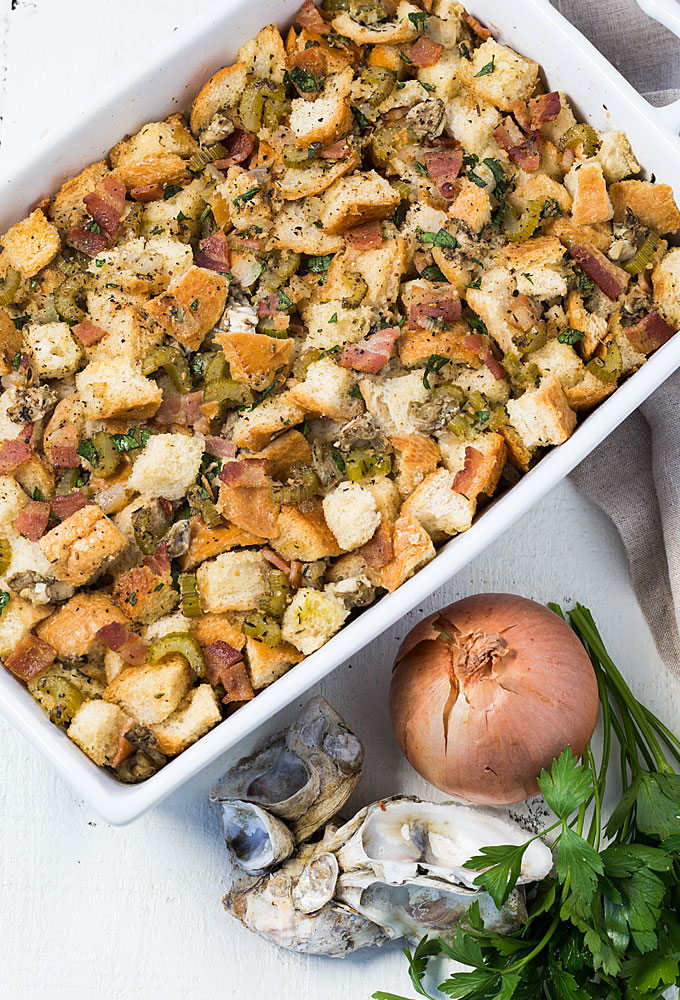 I understand that there are pretty much oyster LOVERS or oyster HATERS out there.  I’ve never seen or heard of an in-between liking when it comes to oysters.  Soooo… if you dislike oysters, it’s pretty safe to say you won’t like this stuffing.  But if you’re an oyster lover like me, then this stuffing will rock your Thanksgiving table!  🙂

So even though I bought these local oysters at the store that were already shucked, I thought it would be pretty cool to have some oyster shells in the photographs.  When we moved in July to our new (new to us) home on Calico Creek, we discovered this used to be an old “oyster house” that I see from the back porch every day.

So today I decided to walk to the shore and pick up a few oyster shells for the photo and ran into a nice gentleman (Mr. Tootle) who was fishing.  He told me that what’s left of the structure used to be his uncle’s oyster house back in the day.  I hate it that I didn’t ask when it was in business, but obviously a long time ago.  How cool is it to have a piece of history basically in your back yard (not really in the back yard but kind of)?!  It was called Luke Dudley Oyster House.  He even told me about the women shucking the oysters all day and how the business ran.  I felt like I stepped back in time!  🙂 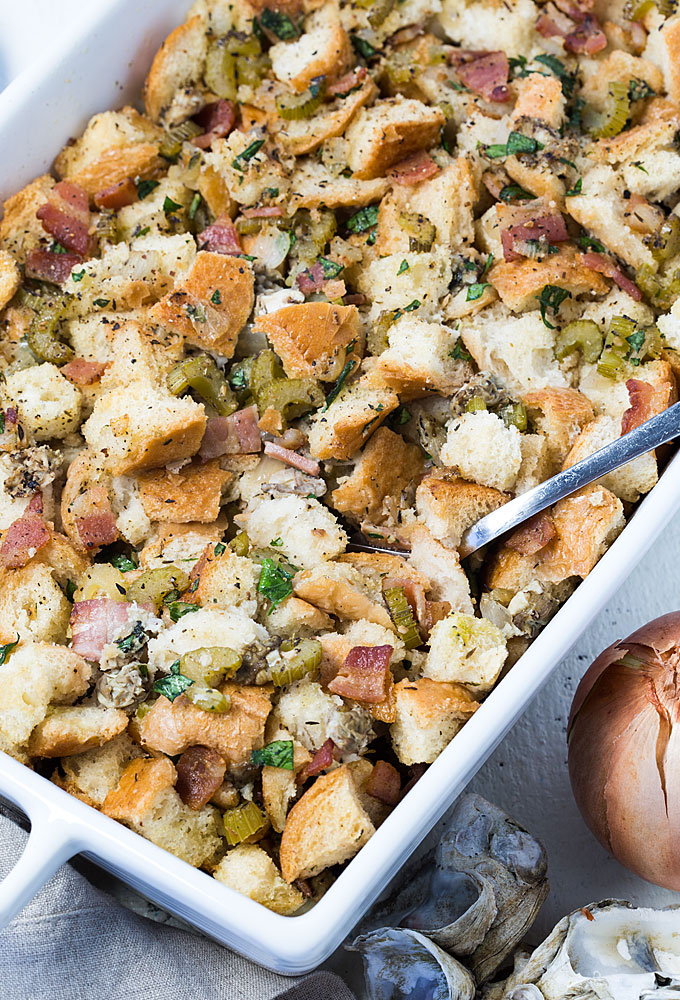 Even if you’re an oyster lover, but a little hesitant about adding seafood to your stuffing… no need to worry.  This stuffing does NOT have a “fishy” or an overly abundant seafood flavor to it.

I adapted this recipe from here with a lot of changes.  The original recipe says that you can prepare this stuffing up to 2 days ahead of time WITHOUT the oysters and not baked, chilled and covered.  When ready to bake, bring to room temperature and stir in oysters before baking.  I’ve not prepared this recipe ahead of time so I can’t personally say how it turns out this way.