Who doesn’t love chicken Alfredo?  It’s even better integrating it into an easy pizza with BACON in this Chicken Bacon Alfredo Pizza! 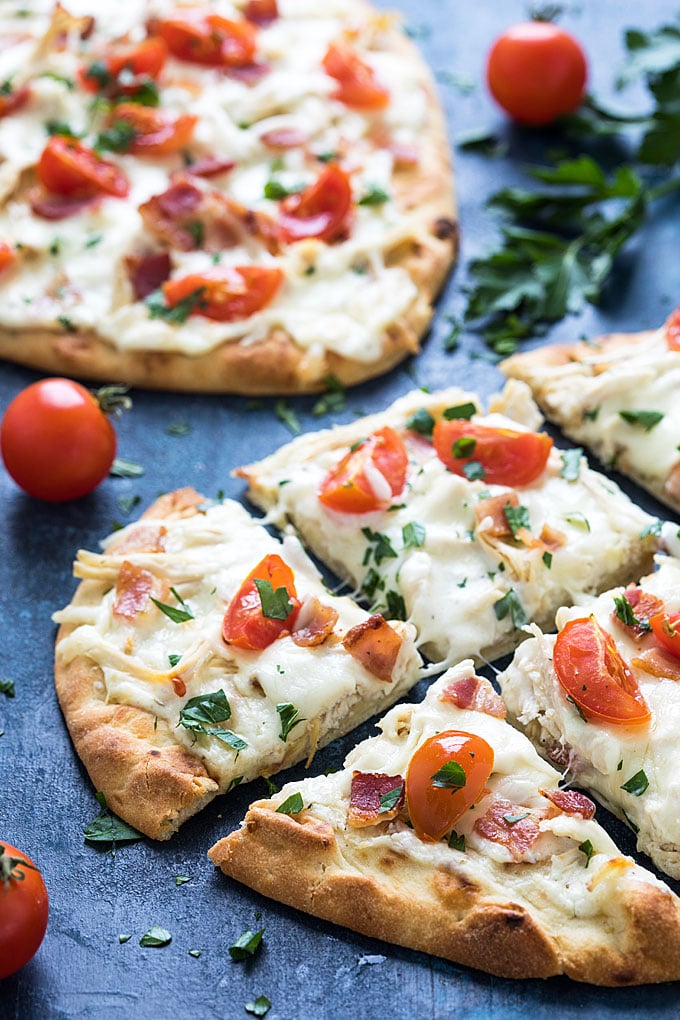 Yesssss!  I love a recipe that effortlessly come together and taste delicious… like you spent an eternity preparing it (but not really!).  But no one needs to know all that. 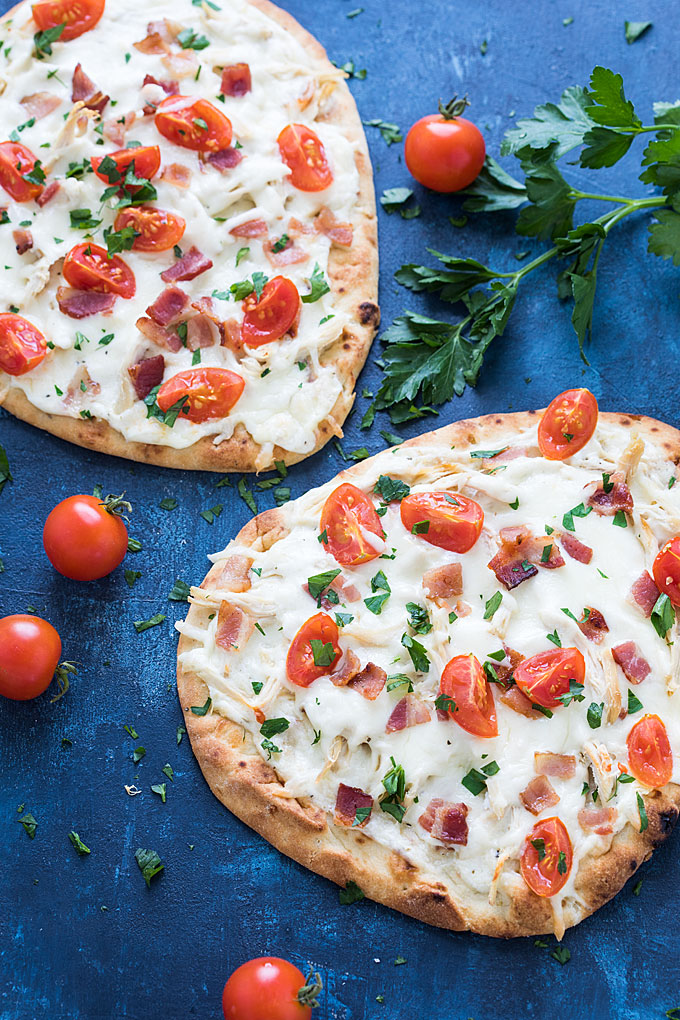 There are SEVERAL shortcuts you can take to make this pizza come together in just 15 MINUTES if you’re in a hurry: 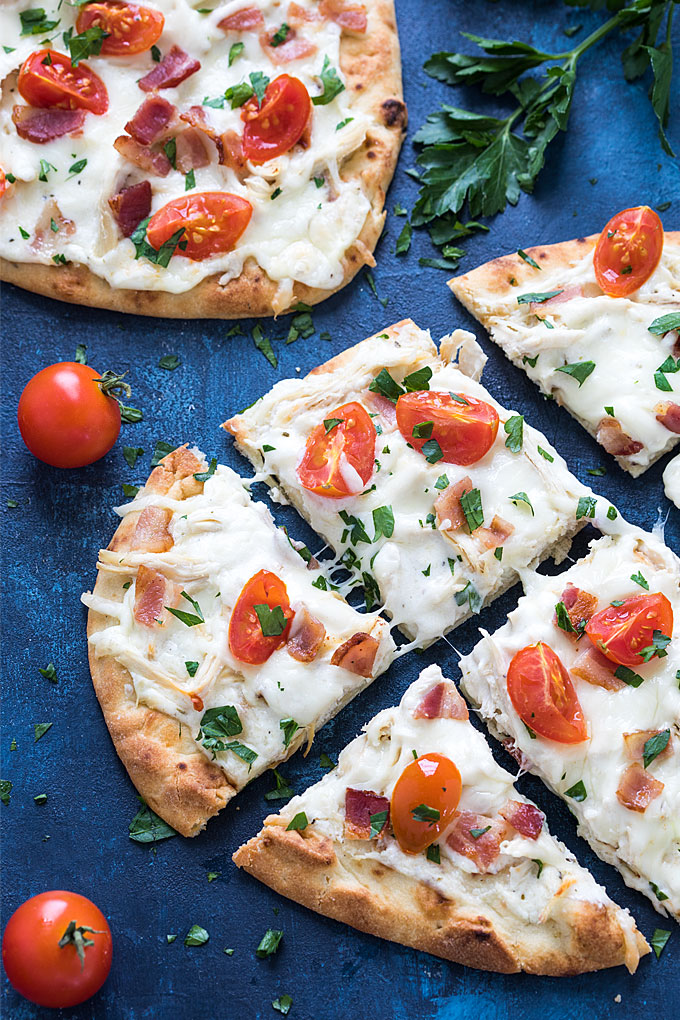 I made my own Alfredo sauce because I love it so much (and it comes together in 10 minutes!).  I saved the leftover sauce for a quick fettuccine Alfredo dinner later this week with a salad (double score!).

Pizza night has never been easier than this!