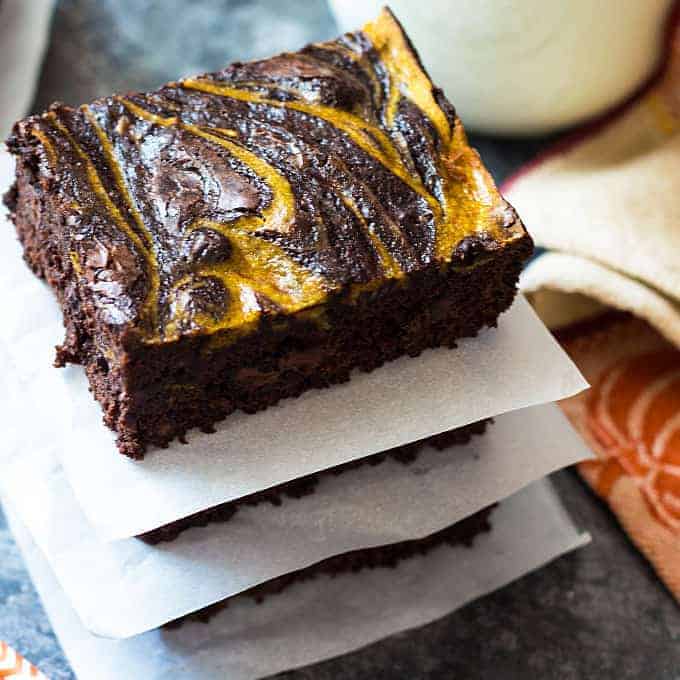 Some of the best things in life are oh so simple… like these amazingly delicious Pumpkin Cheesecake Swirl Brownies! 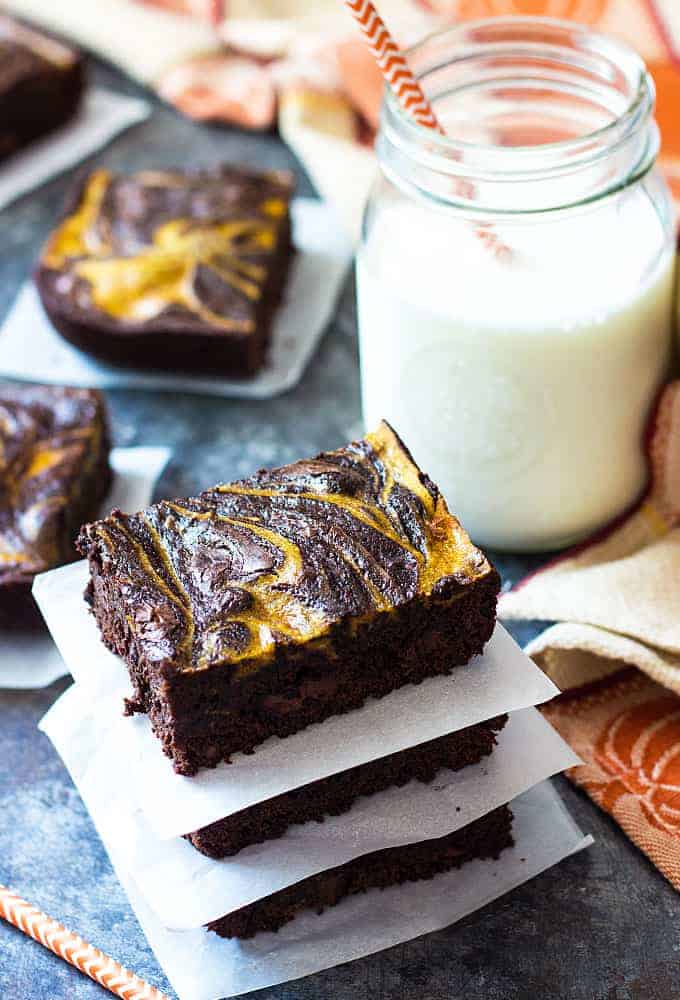 No one will ever know these brownies are based on a boxed mix.  For real.  The pumpkin cheesecake mixture is a simple combination of cream cheese, pumpkin purée, pumpkin pie spice, sugar and egg. 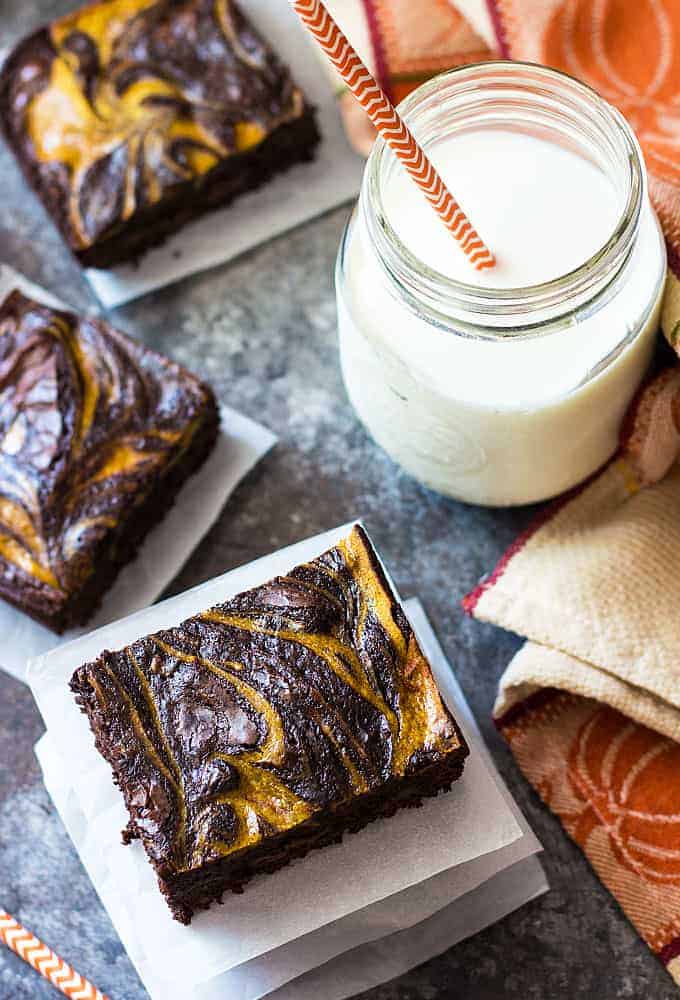 Since this is my first pumpkin recipe of the year, I need to totally admit that I didn’t welcome the upcoming fall season with open arms.  Until I made these brownies.

I normally hate to see summer go, but when I took the first bite of these brownies, I lit the pumpkin candle my mama recently gave me, sat down and had one with a tall glass of milk.

Normally here on the coast of NC, we have a smooth transition into fall and it stays warm up until at least mid-October.  This year it was like there was an instant change overnight to fall weather as soon as September arrived.  So I’ve really been wanting to get my fall baking game on… what better way to start than with these brownies?!  Hope you enjoy them as much as I did!

Easy and delicious fall-inspired brownies that come together in less than an hour using a boxed mix!

For the pumpkin cheesecake mixture:

Adapted from The Comfort of Cooking and Betty Crocker