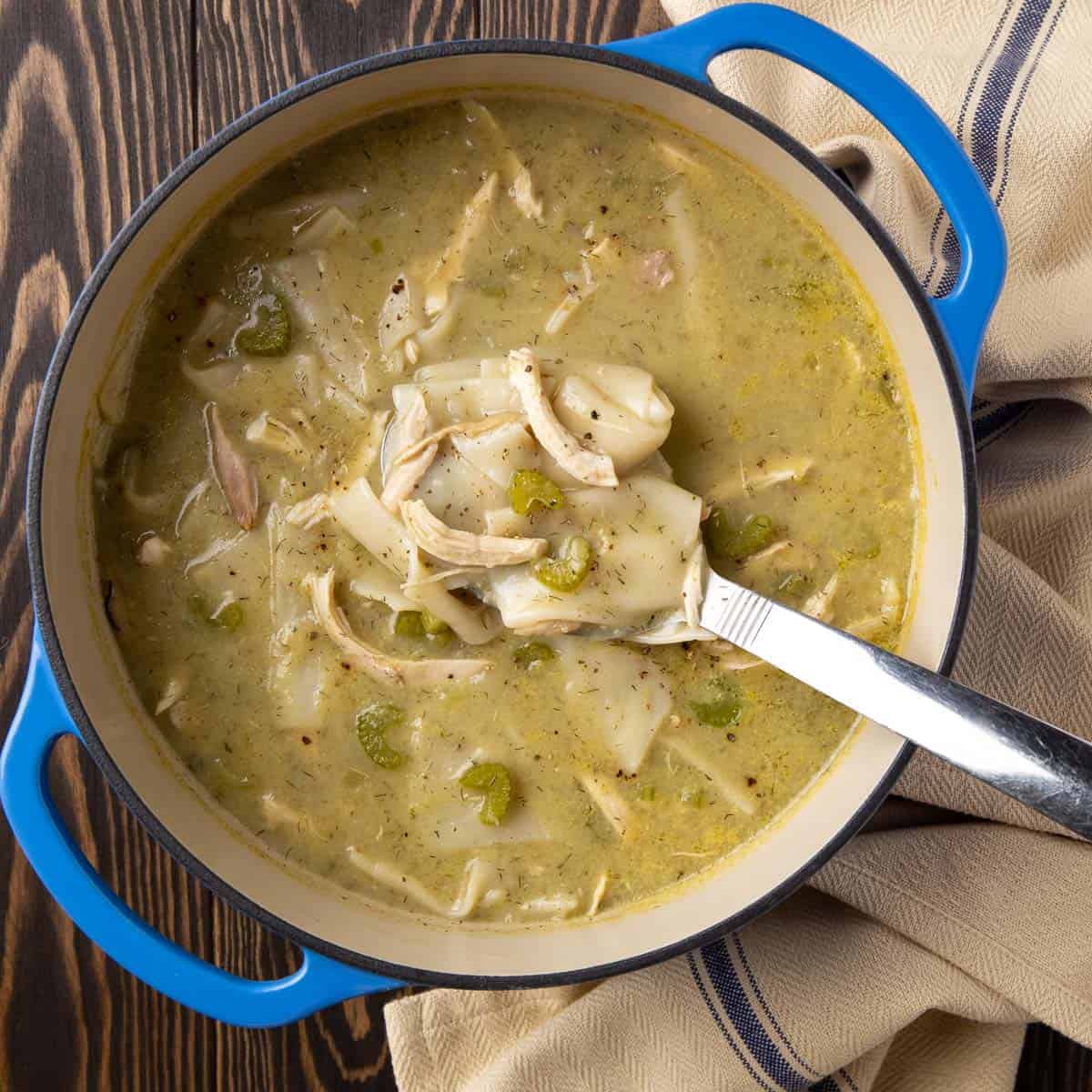 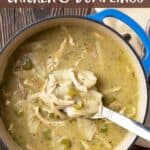 This recipe for Easy Chicken and Dumplings is so cozy and comforting, no one will ever know there are a few shortcuts involved!

I grew up LOVING this as a kid (and still do!).  It was one of my favorite comfort foods that my mom made and she always prepared it using Anne’s Frozen Dumplings.  They taste so close to homemade that I’ve always used them, too.

This is not a sponsored recipe, I just really love the convenience, taste and texture of these dumplings!

I’ve added my own personal spin to my mom’s recipe over the years by adding cream of chicken and celery soups to make it creamier (her version is delicious as well!).  Given that, if you’re against using those soups, this probably isn’t the recipe for you (but I personally love it!).

How Many People Does This Serve?

I measured just a little over 13 cups in this recipe.  It serves 6 people a generous portion of a little over 2 cups each.  If you’re lucky enough to have leftovers, it’s even better the next day. 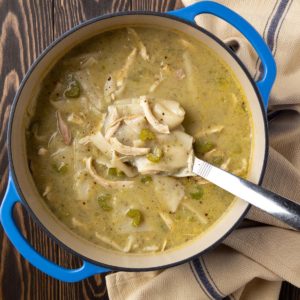