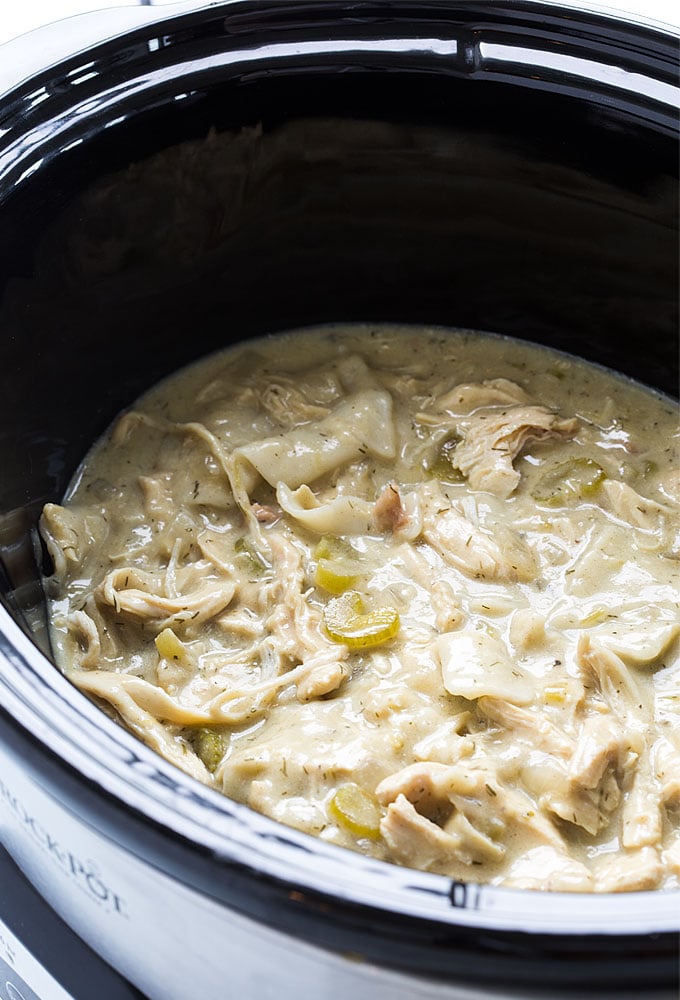 There’s nothing I love more than an amazing slow cooker recipe that basically cooks itself… and this Slow Cooker Chicken and Pastry is one of those recipes! 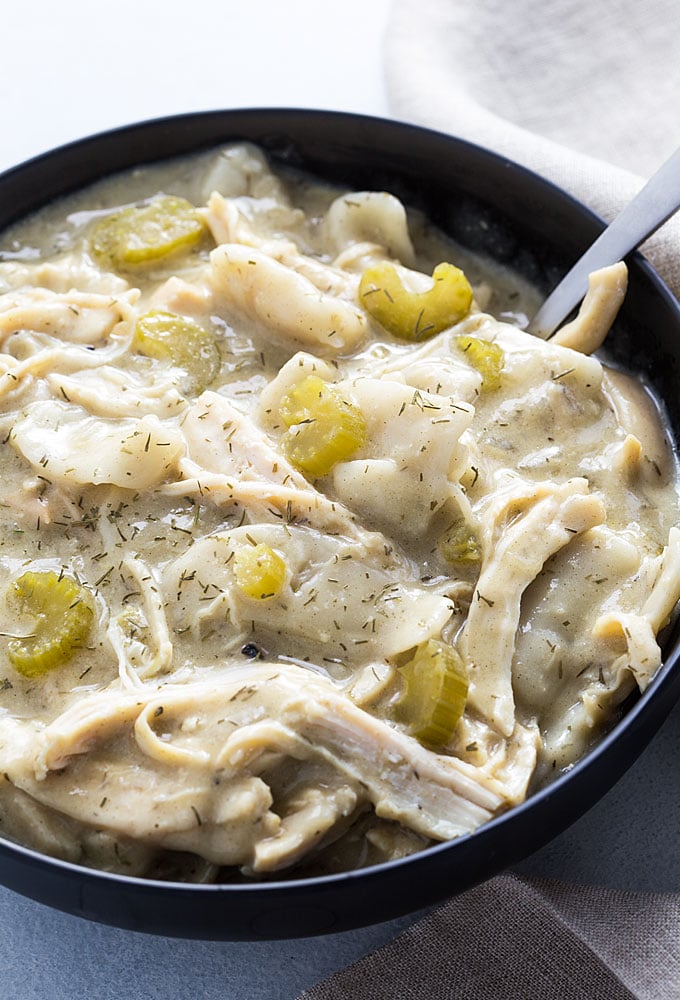 This is just about as hassle-free as you can get when it comes to cooking chicken and pastry.  Seriously, the “work” involved is basically chopping your veggies.  And did I mention how awesome it smells while its cooking?

When it had just finished cooking, we had a friend of ours show up to replace a part on the heat pump.  He said he could smell it outside so I sent him home with a big bowl for dinner.  🙂  This recipe yields about 6 servings but I gave him a monster bowl before photographing… so the slow cooker photo is not accurate as far as the amount you will yield. 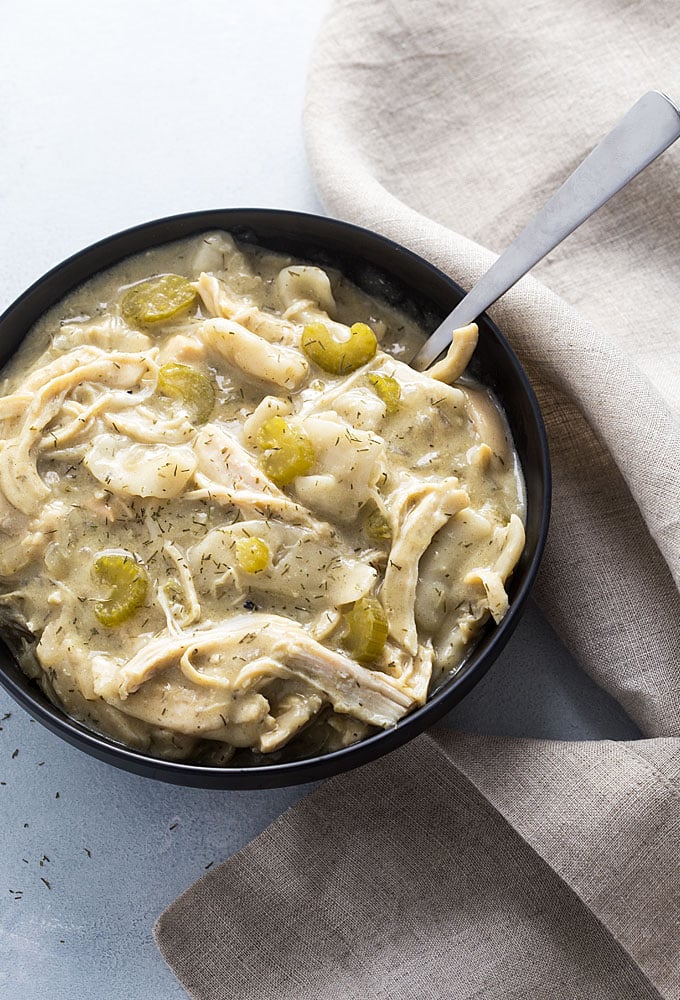 I’ve always used Anne’s Dumplings in my chicken and pastry.  It’s what my mama used ever since I can remember and tastes just as good as homemade to me (this is not a sponsored post).

Comforting, cozy, simple and EASY… that’s what I love about this recipe.  Enjoy!