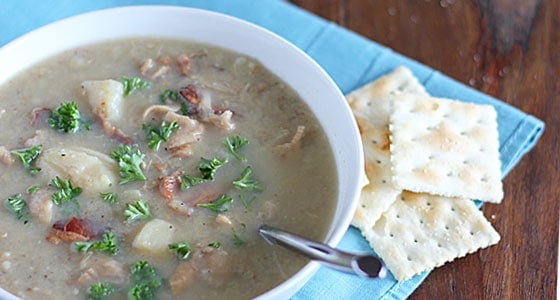 There are many different opinions regarding what is considered “Down East” Clam Chowder, but where I live on the coast of North Carolina, we’re pretty serious about our clam chowder.  Especially when it’s labeled “Down East”. 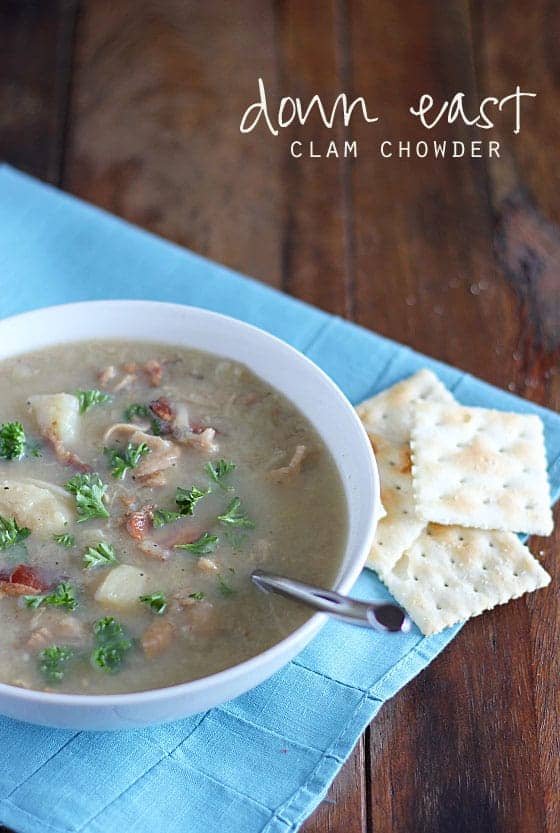 We made a big pot of this chowder the other day when it snowed (along with these Snowmaretto Cocktails!). 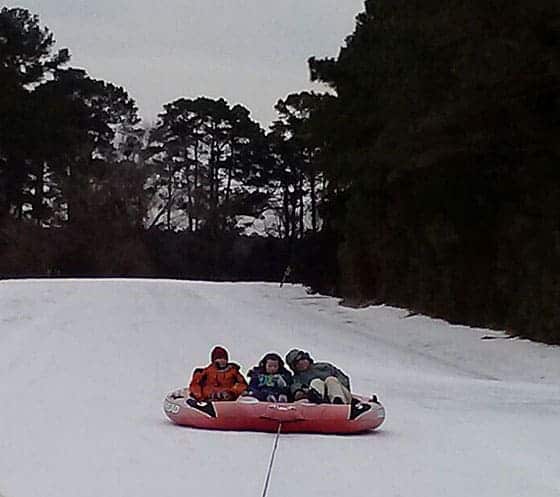 You can tell we don’t get much snow here!  That’s me and my friend’s kids being pulled on a tube behind the truck while this chowder was simmering (someone was home to watch it, though!).

I like to catch my own clams and freeze them in the shell… they’re easier to chop and retain their juices.  I normally don’t even use water; if you have plenty of juices from the clams you should have enough broth once it has simmered a while.  But if you need to add water, by all means, do so.