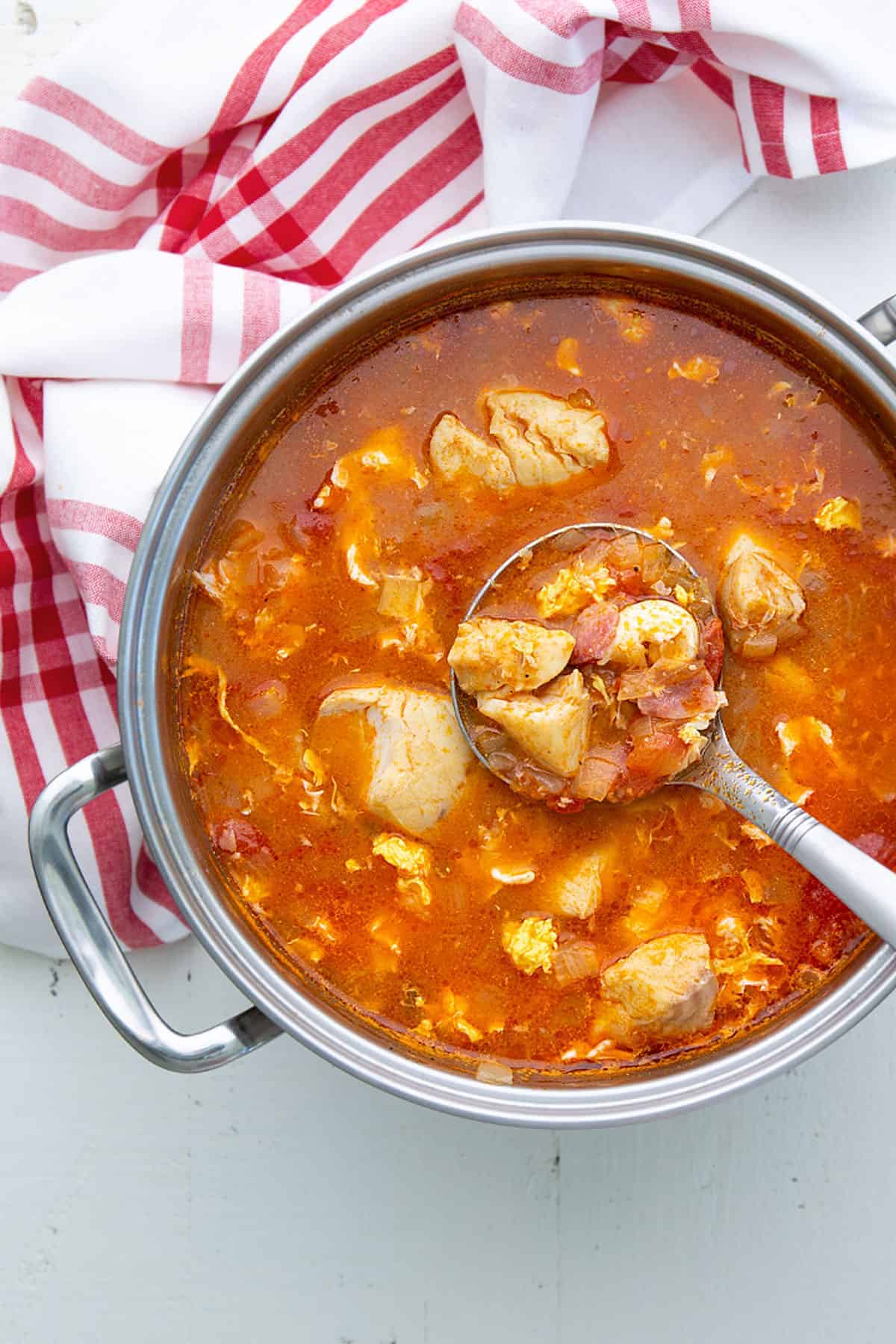 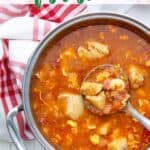 This North Carolina Fish Stew is loaded with chunks of fish, bacon, potatoes and onions in a seasoned tomato broth, then finished off with eggs cooked right in the stew… it’s an Eastern NC classic!

This fish stew is a seafood tradition in my family; we’ve enjoyed it for as long as I can remember.  The flavors are complex, but it’s actually a simple, no-fuss recipe.

As you can see, the ingredients are quite simple!

Start off by frying bacon in a large (8 to 10 quart) pot or Dutch oven.  I highly recommend a 10 quart stockpot, as I used an 8 quart and was pushing the limit with my pot’s capacity.  Once cooked, transfer the bacon to a plate and leave the fat in the pot.

On top of the fat left in the pot, you will layer the ingredients.  The first layer will be the potatoes.

The next layer will be chopped yellow onion.

Place the fish chunks on top of the yellow onion layer.

Then you’ll add tomato soup, stewed tomatoes, seasonings and just enough water to cover the ingredients.  It’s okay if a few of the tomatoes are a little above the water.  Bring to a gentle boil, cover and cook.

During the last few minutes of cook time, you’ll add the eggs and allow them to gently boil until fully cooked, about 4 to 5 minutes.  Serve with cornbread, hushpuppies or saltine crackers. 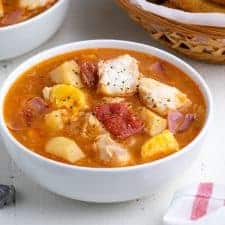