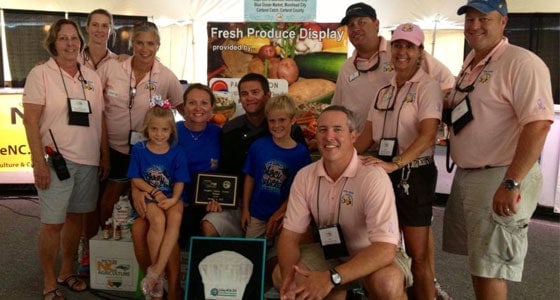 Last weekend was one of the greatest experiences of my life at the North Carolina Seafood Festival! 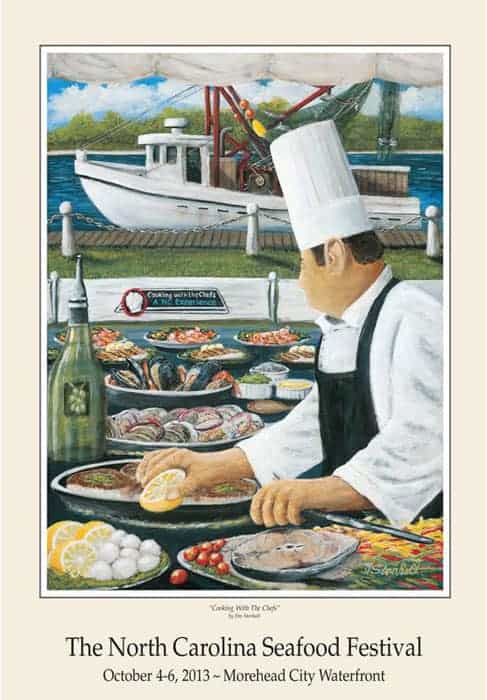 Earlier in the year, I was asked to be a judge in this exciting competition.  For MONTHS I anticipated “the big day” of the NC Seafood Festival Chefs Competition.  I was probably more nervous than the competing chefs!  Once the competition was underway, I realized that I had the easy task:  eating all of the deliciousness prepared right before my eyes.

There were 4 rounds with 2 chefs competing in each round.  No one knew the “secret seafood ingredient” until it was showtime.  The secret ingredient?  Sea Trout.

The ever so talented competing chefs were: 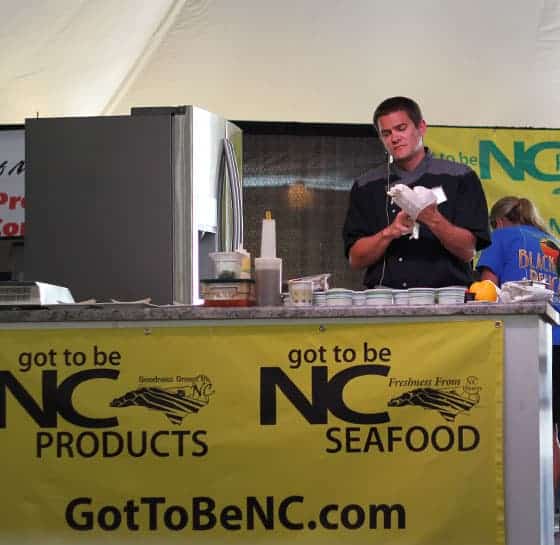 Honestly, I don’t think there is ANY WAY I could work under that kind of pressure.  The announcers interacted with the chefs the majority of the time, asking them questions regarding how they were preparing their dishes. 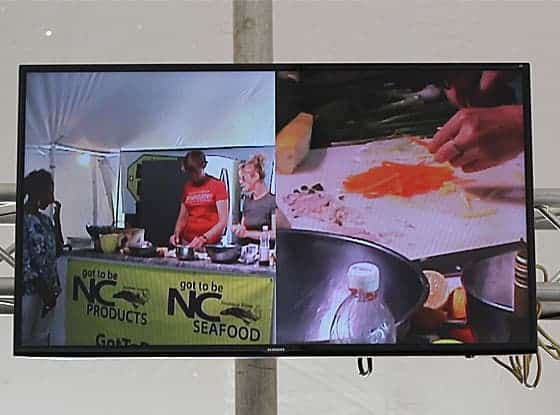 The overhead monitors displayed every little detail of what was going on, so I (and the audience) didn’t miss a thing. 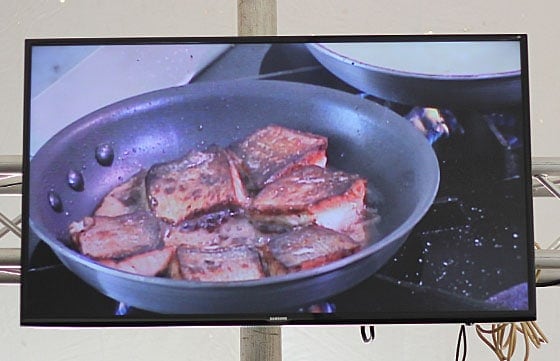 I have never in my life have eaten sea trout prepared in so many ways.  I apologize in advance for not having photos of every dish… We only had a certain amount of time to taste and score, and there were several times that I couldn’t get a good shot discreetly from my chair.  I didn’t want to be rude and hold everyone up with my food photography obsession.

Following are a few of the awesome dishes I got to sample: 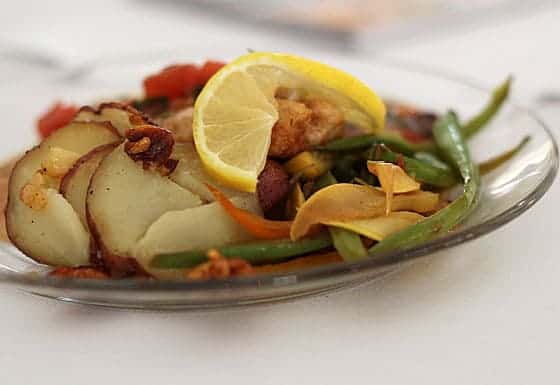 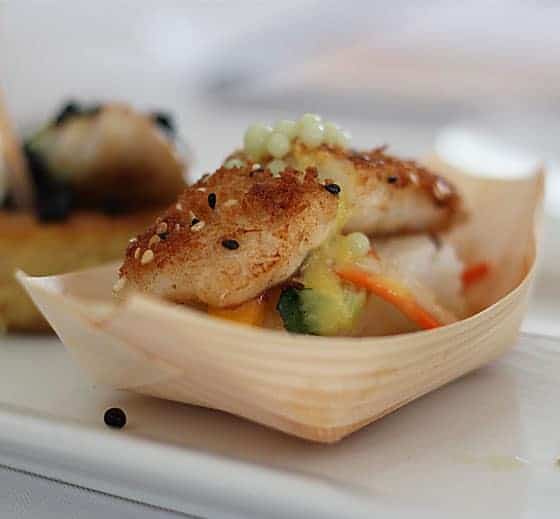 The 2 chefs with the highest scores competed for the 5th and final round:  Chefs Jason Smith and Daphne Bennink.  The public chose the winner of the final round after tasting each dish. 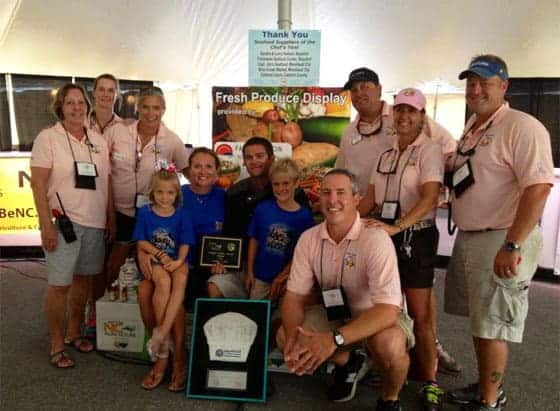 Chef Jason Smith won the vote of the public.  I personally think that each and every chef created phenomenal dishes, especially under so much pressure.

And of course, I can’t leave out my great new friends that I judged alongside:

A very special thanks goes out to the NC Seafood Festival for choosing me to be a part of this honorable event.  It was definitely an experience I will always cherish!