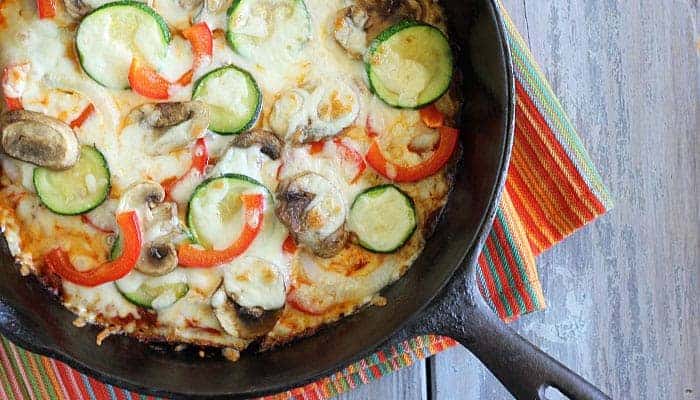 Now THIS is a pizza that you won’t feel guilty about eating… for real!  This Summer Veggie Pizza with a Cauliflower Crust is as guilt-free as pizza gets. 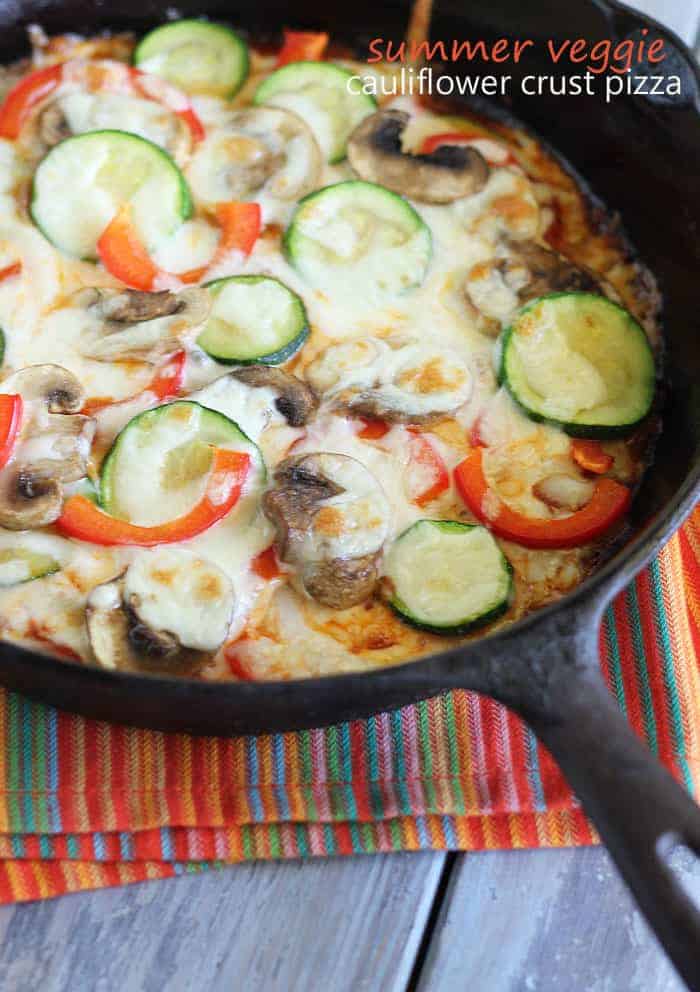 I absolutely LOVE any kind of pizza and have always considered it my ultimate comfort food.  Sometimes it’s awesome to be able to eat pizza without the guilt (or bloat) afterwards. 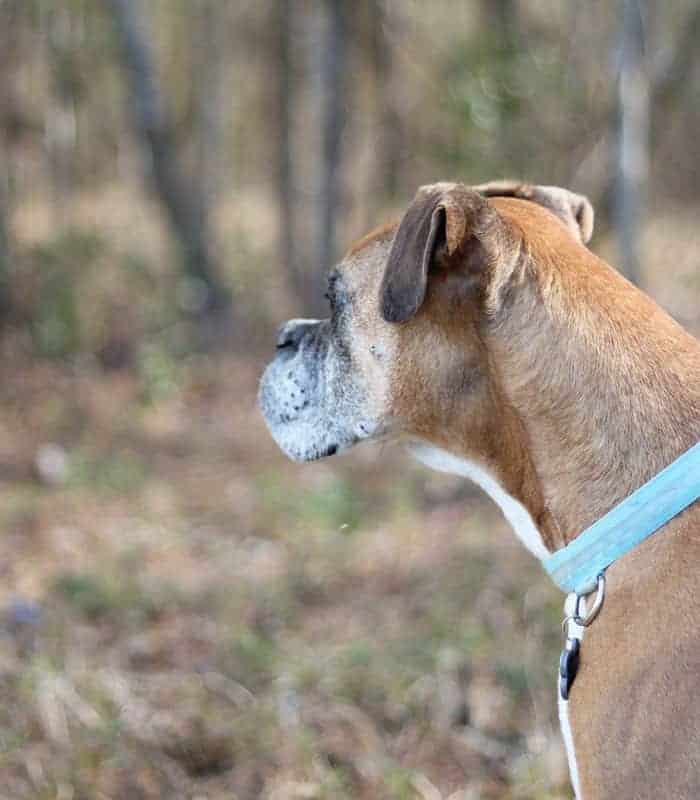 I recently found out that my boy, Chance, has a degenerative spinal condition called spinal myelopathy.  His back legs would just go out from under him spontaneously.  The good news is that it’s not painful at all, and they were able to give him medicine to help.

I know he’s getting old and has lived a long life for a boxer (he will be 12 next month!).  I know the day will come when a decision will have to be made so that he can maintain his doggy dignity.  But for now, he’s in no obvious pain and gets around fairly well for an old boy.  Yesterday I made him a big pot of beef liver, venison burger, brown rice, carrots, spinach and pumpkin purée that he’ll have for his meals the next few days.  I’d say he’s a lucky boy. 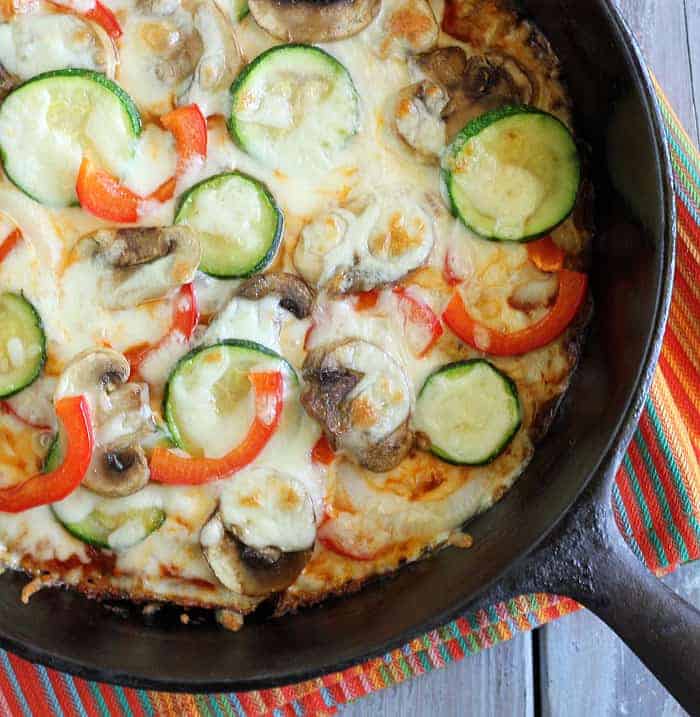 And then I made myself this awesome Summer Vegetable Pizza with a Cauliflower Crust… because I needed some comforting.  I used this Cauliflower Pizza Crust Recipe and added fresh summer vegetables.  You can add whatever you’d like.  I loved the combination of zucchini, mushrooms, onions and red bell pepper.  Oh, and lots of cheese.  Tweak it to whatever you’re in the mood for!